Victory for Erith Town over Fisher moved them up to third place on equal points with the top two clubs. 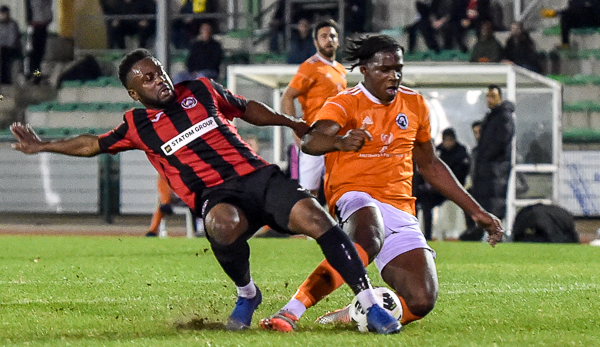 Glebe, Sheppey United and the Dockers are all on twenty-eight points. However, it was not plain sailing and Fisher might point to a turning point on the stroke of half time.

Although Erith had already had a goal disallowed for offside, Fisher went ahead in the sixth minute. Jack Moore made a great save from Isaac Thompson, it came out to new signing Tumba Bokula and he made no mistake from close range. 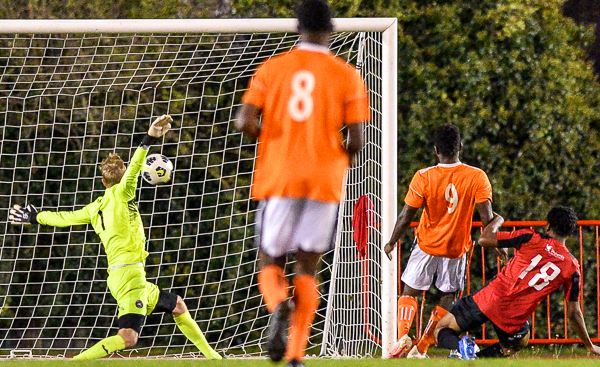 Jude Jeffrey could have levelled soon after but he shot wide after Harry Gamble had headed it into his path. Malik Nosike fired wide for Erith from distance before Michael Power floated a header into Dan Carpanini’s hands in the Fisher goal. 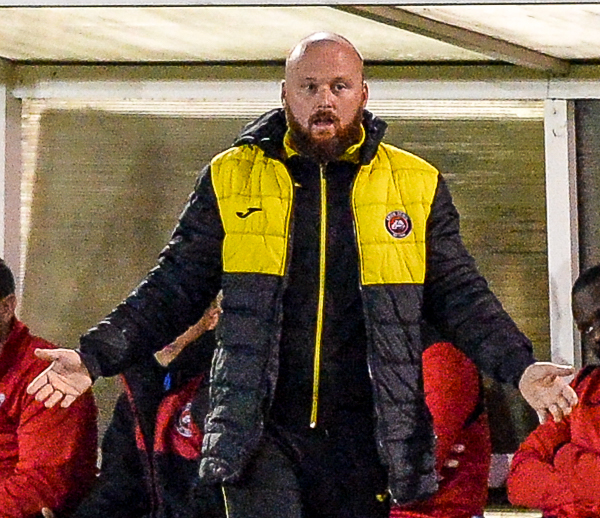 Chances continued to be few and far between but Power’s deep cross reached Sam Bailey however he sliced his shot wide. Power then fired well over when probably surprised that the ball had reached him. 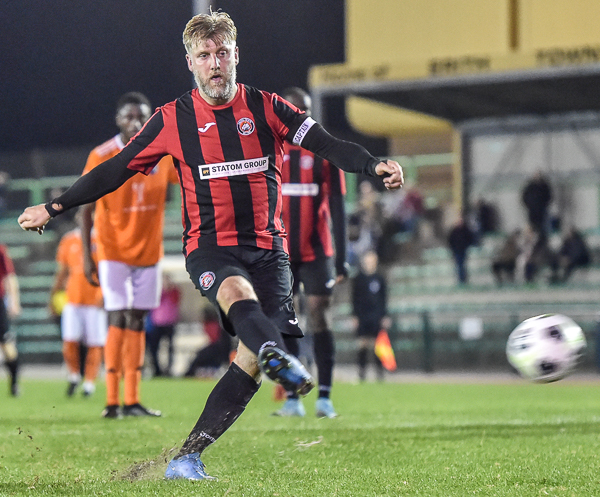 In first half injury time, Steadman Callendar burst through and Joseph Adewumni had a nibble at him outside the penalty area before bringing him down inside the box.

The referee consulted his nearest assistant before awarding a penalty and dismissing the Fisher defender. Power stepped up and smashed the spot kick home. 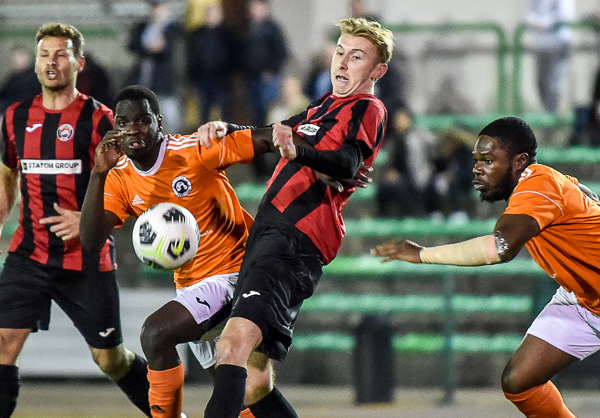 Early in the second half, Power blasted well over before Fisher came close when substitute Sam Fitzgerald headed into the side netting from Temi Oladejo’s deep free kick. 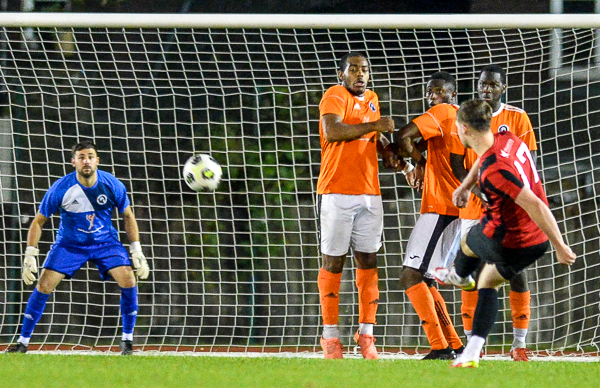 Ten minutes of the second half had passed when the Dockers went ahead. Three Erith players shaped up to take a free kick but Dan Palfrey took the responsibility and fired his left foot shot into the bottom corner. 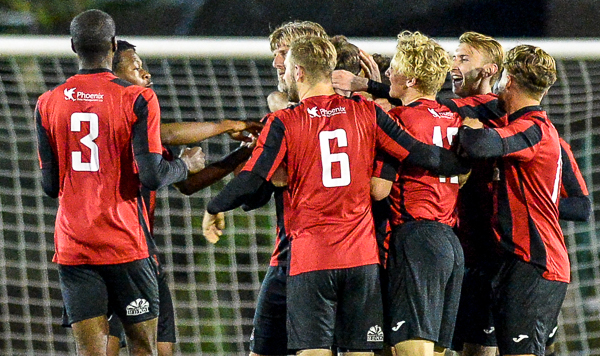 Fisher might have levelled soon after when another Oladejo free kick caused problems and Darnell Malaki Coker thought that he had scored with a firm header but Moore made a stunning point blank save to turn it over.

Erith then made it three when Tolulope Jonah’s long throw wasn’t cleared and it fell to Power who made no mistake from close range. 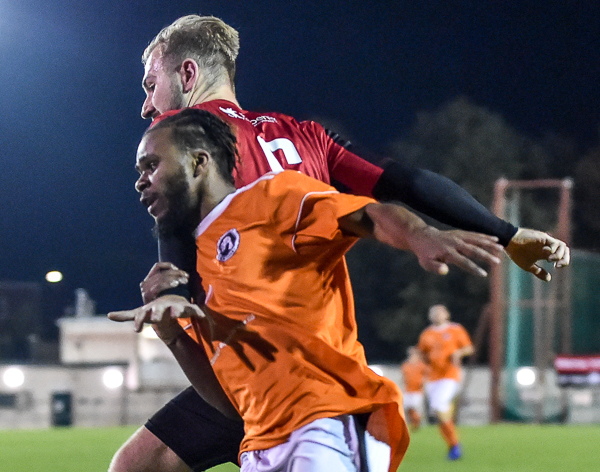 Palfrey shot over from close range from Fred Osaba’s cross at the end of the best move of the match before Moore saved from Bokula after Courtney Swaby’s thrilling run created the opportunity.

There were half chances at either end as the game petered out. Moore saved from Swaby at one end and Power curled wide at the other but there was no further scoring and the Dockers claimed the three points.

This report first appeared in the Kent Sports News on Wednesday, October 13th, 2021