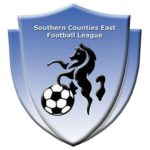 The league’s board of directors met on Friday via video conference call to discuss the latest developments following the FA’s announcement earlier in the week.

We are currently looking at all outstanding matters from the current season and planning for next year, albeit no-one knows what the future holds in terms of when we will be able to play the game we all love again.

Prior to our meeting, and in response to the FA statement regarding making the 2019/20 season null and void, we had already asked for clarification on certain matters from the FA. A number of clubs have also contacted the league since the decision and we will seek greater clarity on their behalf, along with issues raised by the directors, going forward.

A number of decisions have been made, however, in light of the FA decision. In line with league fixtures not resuming, the remaining Challenge Cup matches will also not take place for 2019/20.

In addition, annual awards such as golden boot and the remaining manager of the month awards will not be made. Therefore, it will come as no surprise, especially in the current uncertainty, that there will be no annual luncheon this year.

The annual general meeting will, of course, still need to be held although the date and venue are still very much subject to change. We will communicate such changes in due course.

A number of clubs have voiced concerns about previous fines and payments made to the FA, county FAs and the league. It is highly unlikely that monies will be returned to clubs.

However, as a league we are mindful that clubs may well face a difficult few months ahead and have come up with a couple of initiatives to save money to assist our clubs where we can. One of these, which we are pleased to announce today, is that annual subscriptions for the 2020/21 season will be reduced to just £50. Our annual £50 discount for charter standard clubs will still apply, which means that most of our teams will not pay any annual subscription.

The directors are currently working on other measures regarding discipline and registrations. Further details will be announced to clubs in due course.

In addition, clubs are reminded of the support they can get from the government and the FA, which has already been communicated earlier in the week by the league secretary.

Finally, the directors send our best wishes to everyone connected with the league during this uncertain time. Keep following the government advice and we all look forward to seeing everyone again as soon as it is safe to do so.