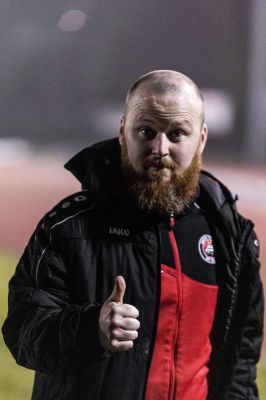 With the season now ended I would like to take this opportunity to thank all the players that have represented Erith Town FC this season and also say a massive thank you to my Management Team of Dean Lee, Ben Kotey, Jamie Stuart, Pete Dale, Russell Bedford and Robyn Pace.

I’d also like thank all of the Committee who have supported the team home and away, plus a special mention to Kay who washes all the kits and looks after the hospitality on match days (as well as a having full time job!).

Unlike previous seasons we didn’t go very far in the FA Cup, but to lose to team who progressed to the 2nd round in the Bet Victor side, Chichester City, I feel it wasn’t a bad side to go out to.

This season I felt we could have finished in the top 8. Unfortunately it wasn’t to be, but to say we have come on leaps and bounds as a club is an understatement. We are attracting players of quality and also younger ambitious talent that see Erith Town as a viable starting place for their careers.

The club, yet again, continues to move forward and make progress with further improvements to be announced soon, and on the whole is in a great position to push on again. Full credit must go to Mark, Steve and Dean, who have worked tirelessly off the pitch to achieve our goals.

I feel this current player group has a little unfinished business and hopefully we can retain most of the players services for next season, as well as make a few additions.

The win at Welling United in the London Senior Cup was the highlight of the season and not being able to play Brentford B in the semi-final is disappointing, but the current pandemic certainly puts that disappointment into perspective.

I do genuinely feel deeply sorry for the teams that could have been promoted from the SCEFL leagues, I know if it was us in their position I would be very unhappy. Being a manager at this level is a difficult job at the best of times but to have something you have dedicated your life to taken away would be hard to take.

We lost Six league points due to Greenwich Borough resigning from the league and any potential sponsor looking at the league table wouldn’t know this and probably think we’ve had a poor season! These decisions have great consequences for clubs at any level trying to attract new investment, but especially for ambitious clubs like ourselves.

We look forward to the new season – whenever that finally arrives – but until then stay safe, stay at home and we’ll see you on the other side.