Free scoring Chatham Town held on to their place at the top of the table courtesy of an excellent win at Erith Town. 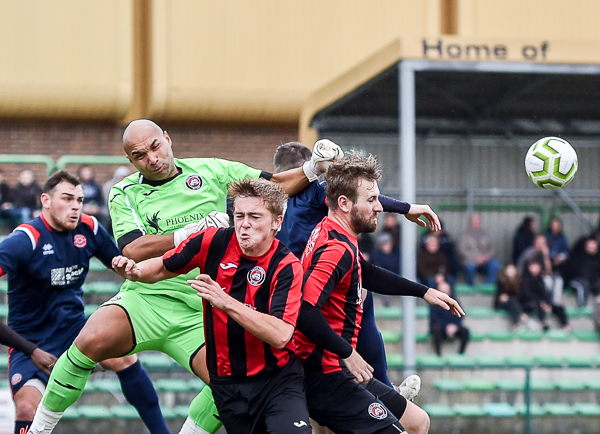 Although the sides went in level at the break the Chats came out strongly in the second half and the Dockers were always playing catch up. They might have thought they had a sniff when pulling it back to four-three but Chatham had the ammunition to see them off.

In the first minute Matt Bodkin showed his intent and cut in but fired over from thirty yards. That proved to be a sighter as five minutes later he had space and time to blast home from twenty yards. 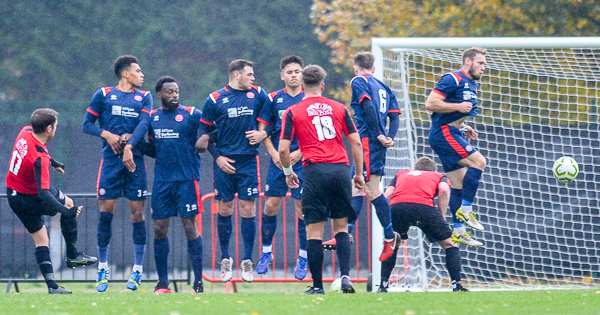 Dan Bradshaw then shaped up to shoot but Taylor McDonagh made a brilliant last ditch challenge before the hosts levelled in the twentieth minute. Russell Bedford was given an opportunity to have a shot with a free kick and he took his time to weigh it up before firing past the wall and into the bottom corner.

Ryan Hayes’ angled cross was just out of the reach of Jack Evans then Luke Rooney had an effort easily saved by Nic Taylor.

Six minutes before the interval, Erith went ahead. A Bedford throw was half cleared and Touloupe Jonah volleyed home brilliantly.

Evans then tried his luck from a tight angle which clipped the back of the post on it’s way into the side netting but Jordan Robins was more successful one minute from the break when he hit an absolute screamer beyond the despairing Taylor. 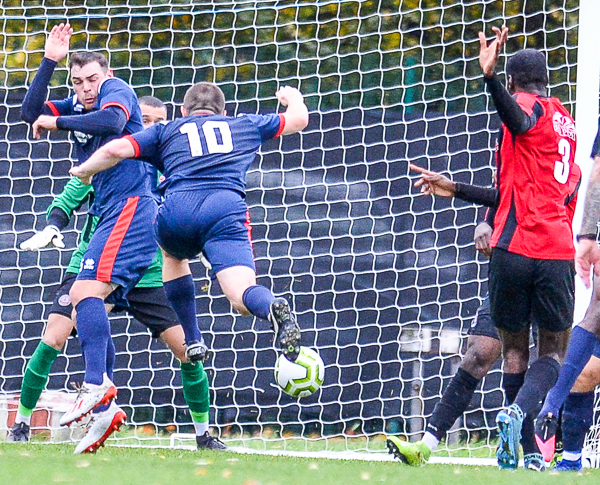 Five minutes after the interval, the Chats went ahead when Evans launched a high cross for Bradshaw to bundle home from close range.

Erith came close to levelling immediately when Josh Jackson’s shot was beaten out by Patrick Lee but fortunately for him it fell just out of the reach of Michael Power.

Bodkin again cut in from the left before curling wide but it didn’t take much longer before Chatham extended their lead. Evans drove along the bye-line and was felled in the penalty area. He got up and took the responsibility to convert confidently from the spot.

Another Bodkin cut in ended with a chipped effort from wide that Taylor caught comfortably before Erith reduced the arrears. Fred Osaba got beyond Christian Lawal down the right hand side but it looked as though he had missed his chance by not shooting immediately however he looked up and took stock before clipping it across and in off the far post.

Any hopes that the Dockers had of getting back into the game were dashed two minutes later when a wind assisted Hayes corner flew straight into the back of the net. 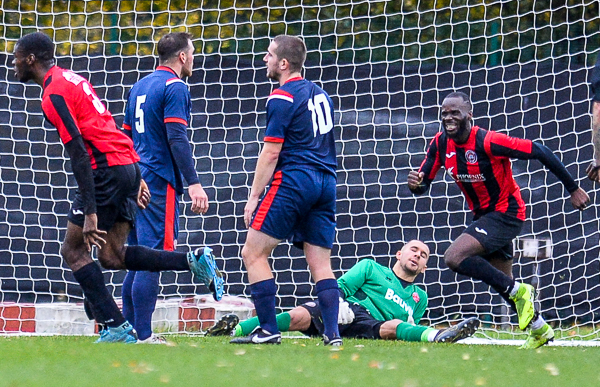 Mikey Dalton had a shot deflected wide before the game went into injury time. However there was still time for the Chats to win six-three and make it game, set and match when Reece Butler headed home Ronney’s corner.

The scoreline was tough on the Dockers who had worked so hard but Chatham showed their championship credentials with another high scoring win.

This report first appeared in the Kent Sports News on Saturday, October 24th, 2020