All the scoring was completed in a nine minute spell early in the second half as Erith Town took the honours in their derby match at Welling Town. 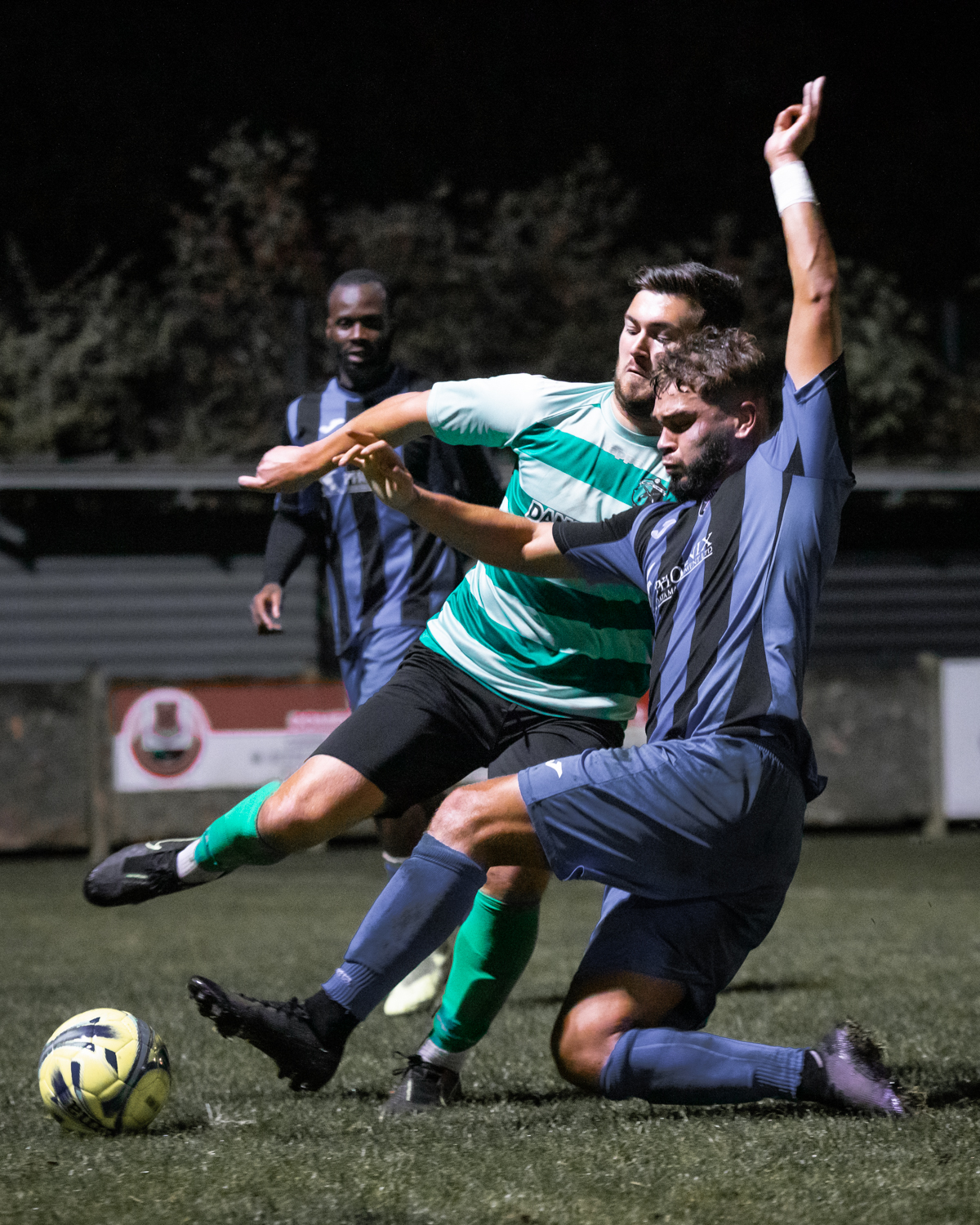 Kevin Oates made two changes to the Boots team that lost to Hollands and Blair on Saturday replacing Rob Gillman and Oliver Bennett with Jacob Kalonda and Luis Montoya.

Adam Woodward, the Erith Town manager, rushed back from a break on the Isle of Wight and gave sixteen year old Tom Ash his league debut.

Jack Fenton had the first chance of the match but could get no power in his shot after Steadman Callender pulled it back behind Michael Power. Then, at the other end Ryan Palmer made space for himself but shot wide.

Power then had two good chances, first guiding a header wide and then, when given space and time twelve yards out, he again failed to hit the target. Callender had a header cleared off the line but it fell to Russell Bedford who could only thrash it over.

Josh Jackson shot over from twenty five yards but the last chance of the half went to the Boots but Billy Muckle could only head wide. 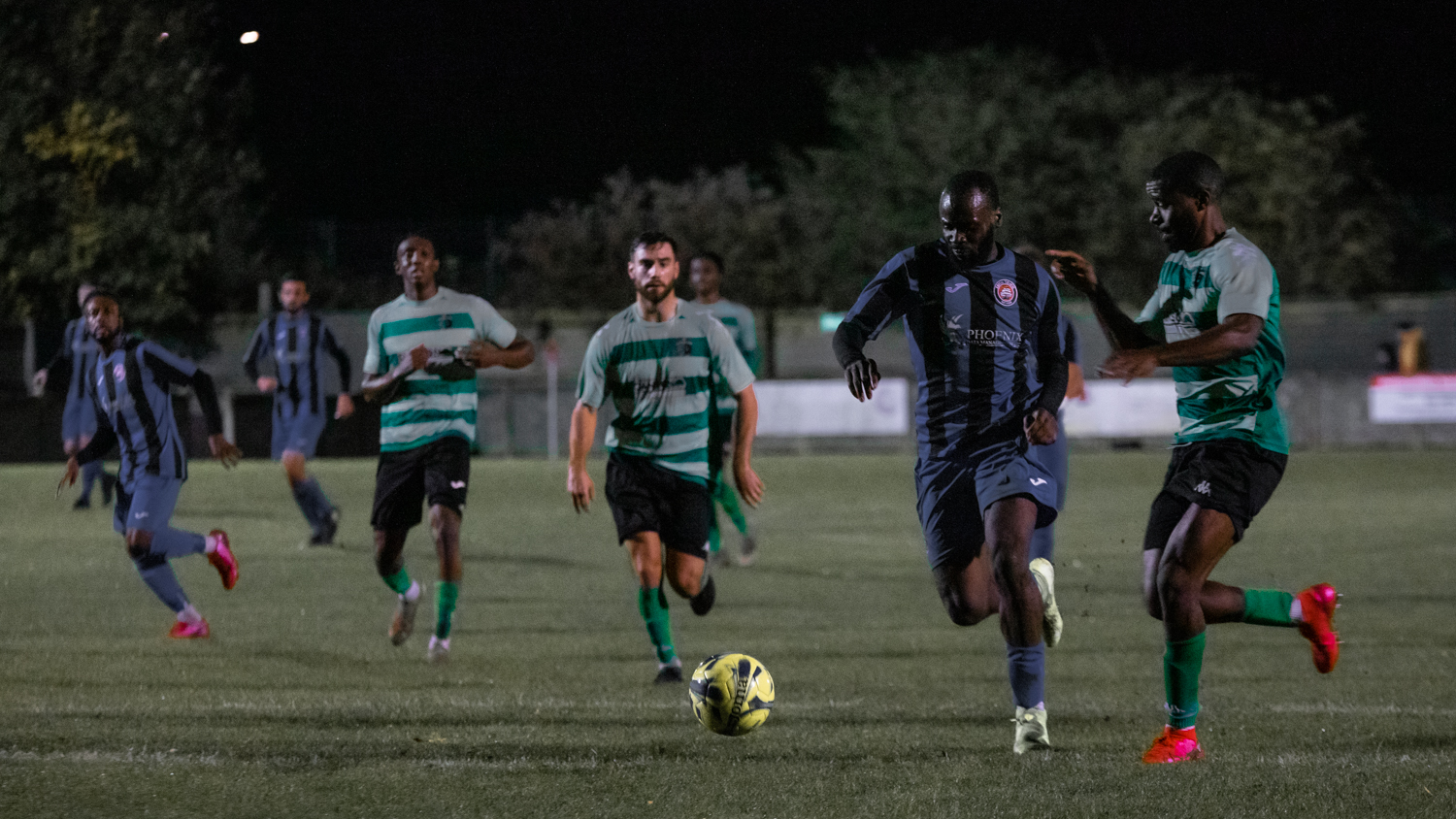 Two minutes after the break, the visitors went ahead. Jackson’s brilliant through ball was dummied by Power leaving Fred Obasa free to shoot into the bottom corner.

Looking for an immediate response, Welling caused chaos in the penalty area and goalkeeper Nic Taylor made an unorthodox clearance when he punched it up with one fist and away with the other.

Jack Fenton fired over for Erith before the Boots levelled. Sam Bailey’s low cross was half cleared but only as far as Jacob Kalonda. He showed great composure to shift it into space and curl into the top corner.

Erith regained the lead five minutes later when Taylor McDonagh knocked it down and Power showed his finishing prowess by stabbing it over the line.

Obasa almost scored a third without knowing much about it when Dan Nash’s corner hit him and flew just wide of the near post.

Mahmoud Juma lashed over from close range then Jack Moore saved a Nash free kick at the near post before the Dockers had a big shout for a penalty when Callender went down under a challenge from the Boots’ goalkeeper. 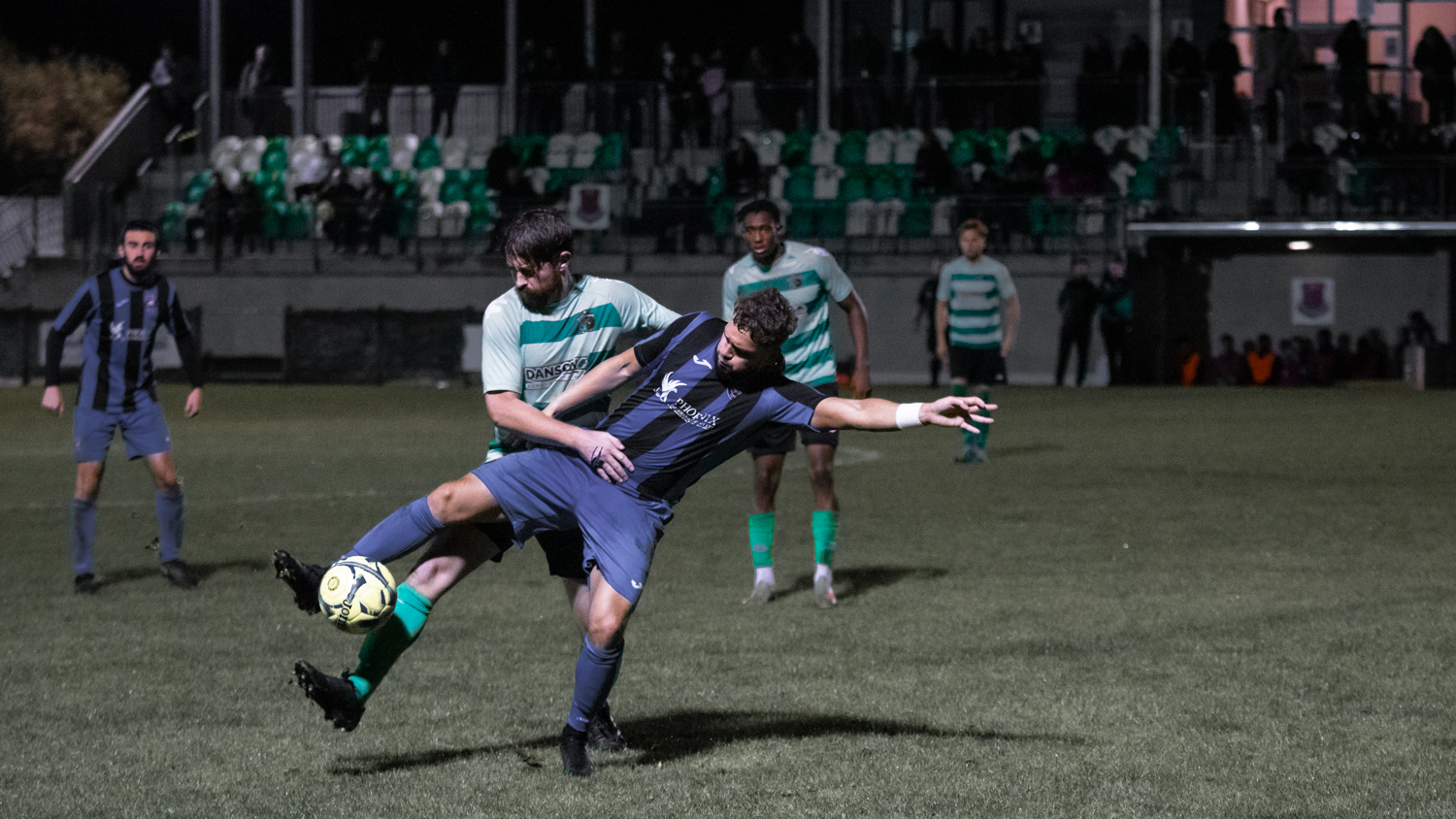 Welling were reduced to ten men when Jack Bancroft was sent to the sin-bin with two minutes remaining then Moore made a full length save from Osaba.

However, Welling almost snatched a point deep into injury time when Luis Montoya met Kyron Richards’ free kick with a back-header that flew just over.

No further goal action meant that Woodward could return to the Isle of Wight with a smile on his face while Oakes will be looking for a change of fortune when his team entertain Bearsted on Saturday.

This report first appeared in the Kent Sports News on Wednesday, October 21st, 2020