One goal was enough for K Sports to progress in the F.A. Youth Cup at the expense of Erith Town. 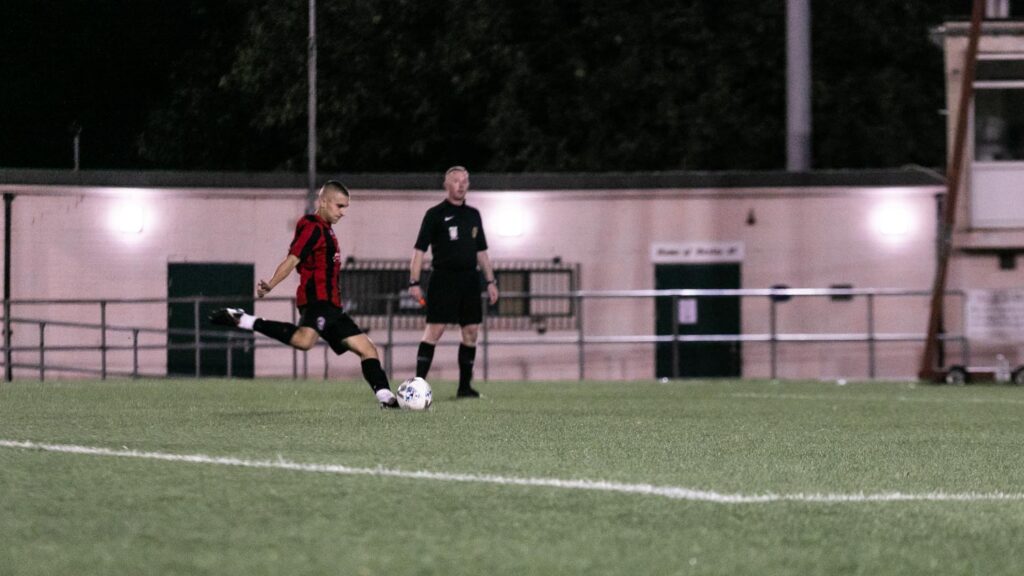 Harry Colling scored the only goal but they were indebted to Kyle McLeish for turning away an Alfie Eldridge penalty and a stunning double save in the final minute.

Visitors K Sports came out the more positive and were the better side in the first half although clear cut chances were at a premium. Robbie Roberts blasted a free kick well over before Luke Martin’s cross clipped the back of the near post although the Dockers’ custodian, Sam Stiles, appeared to have it covered. 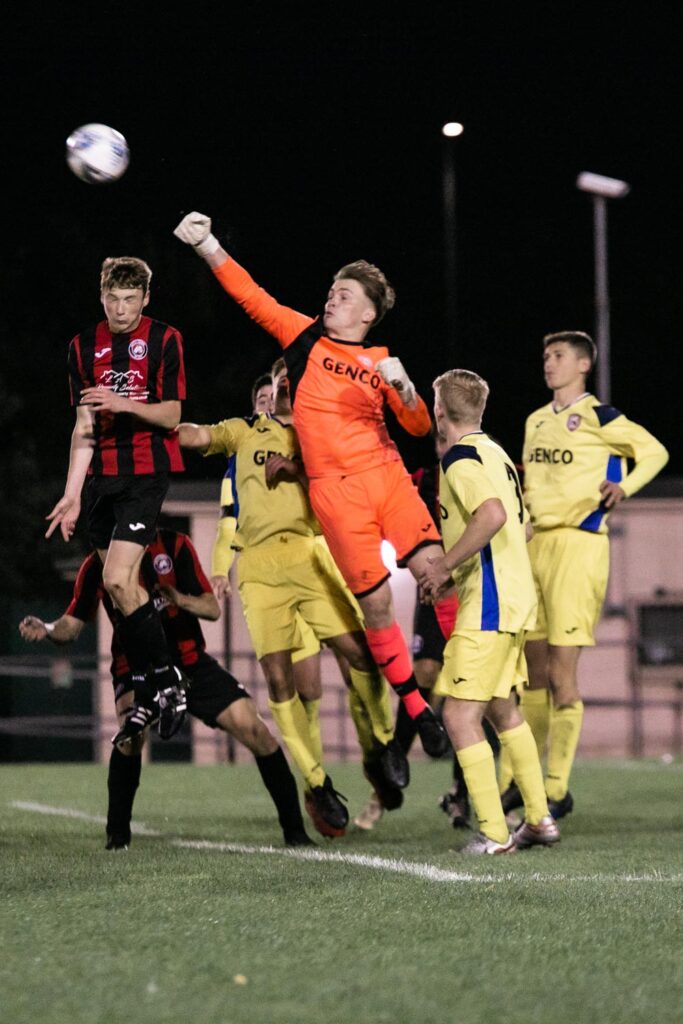 Asanti Amoah had a half chance for Erith when he got in behind the Paperboys’ defence but it didn’t bounce kindly for him and he could only poke it straight at McLeish.

Thirty-four minutes were on the clock when the visitors went ahead. Ronnie Crawley was sent away down the left wing and his low cross was tucked away by Colling from close range.

After the break, the Dockers came out with much more purpose. Joe Chalker headed a Harry Lawrence free kick across the face of the goal but it was just beyond the reach of Eldridge. Tom Ash then met another Erith free kick but could only head straight at McLeish. 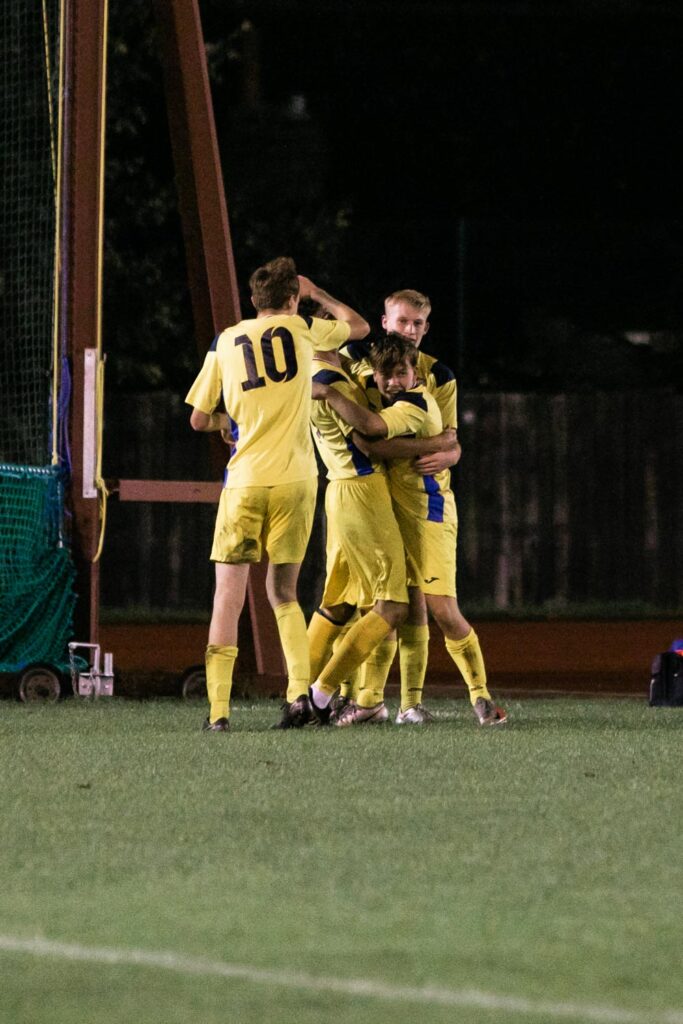 Substitute George Welsh put Alfie Curnow in behind but it wouldn’t fall for him and he couldn’t hook it home. However, Curnow was again in action in the area soon after and was tripped and a penalty was awarded. Eldridge stepped up and hit it well but McLeish guessed correctly and made a great save.

With Erith searching for an equaliser, the game became more stretched and McLeish struggled with a high cross but recovered to save well from Curnow. Then at the other end, Roberts came desperately close to adding a second but his shot came back out off the near post.

Luke Angus sent Colling away but he fired straight at Stiles before Erith survived a massive goalmouth scramble ending with Stiles somehow keeping out Colling.

As stoppage time was running down, Erith had one final chance. McLeish made a great save from Eldridge. It fell to Toby Hergest and he powered a shot towards the roof of the net but McLeish recovered superbly to tip it over. 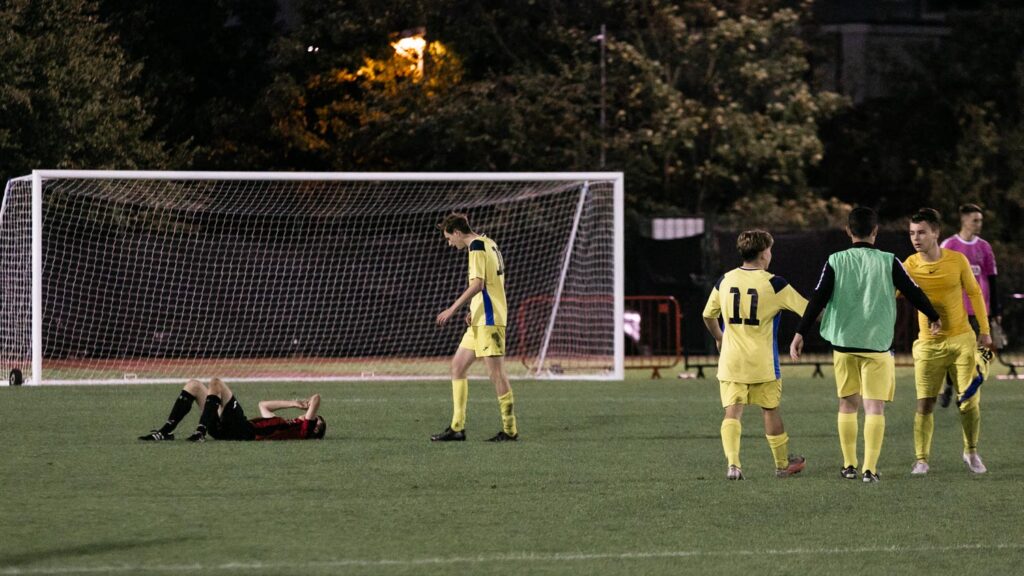 K. Sports reward is a tie with Uxbridge F.C. who trounced Barnet seven-nil.

This report first appeared in the Kent Sports News on Tuesday, October 6th, 2020