Although Alfie Curnow and Alfie Eldridge scored the goals, centre backs Tom Ash and Frankie Burgess were the Dockers’ heroes. Hastings played some great approach play and had a lot of possession but Erith goalkeeper Sam Stiles was rarely troubled.

It took just five minutes for the hosts to go ahead. From the first corner of the match, a rather needless shove resulted in the referee pointing to the spot. Curnow stepped up and sent Cody Craddock the wrong way.

Harvey Mapstone had Hastings’ first chance but stabbed wide of the near post following an excellent run by the outstanding Tom Chalmers. Then a free kick by Ben Ward caused chaos in the Dockers’ defence before they hacked it away. 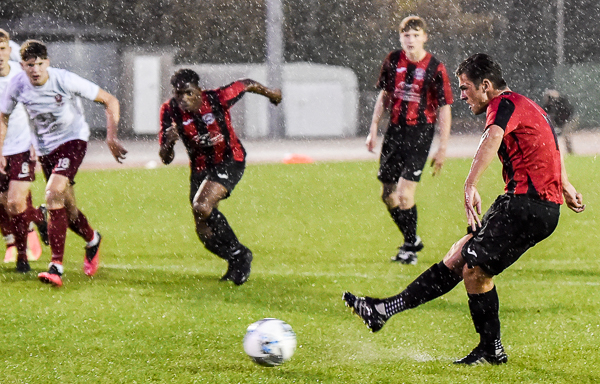 Chalmers and Mapstone again combined before half time but the latter again failed to hit the target when side-footing wide from the edge of the penalty area before they had a William White goal disallowed rightly for offside.

As they did in the first half, Erith came out quickly after the break and Joe Chalker’s inviting cross was just out of the reach of Nathaniel Mandisodza however Hastings levelled eight minutes into the half when White’s stunning drive from twenty-five yards dipped into the far corner giving Stiles no chance.

Substitute Issac Jones thought that he had restored Erith’s lead with a downward header but Craddock made a stunning save before Chalmers wrong-footed his full back with a Cruyff turn but he shot into the side netting when he may have laid it back. 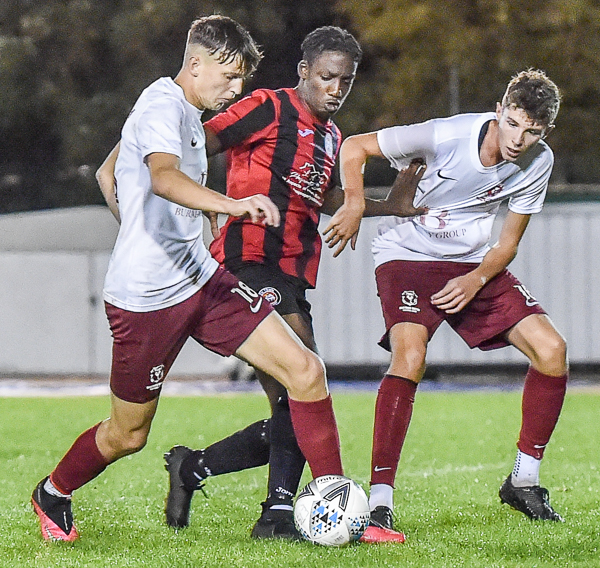 Eldridge was brought on by Erith in the sixty-fifth minute and gave his team fresh energy up front. Five minutes later, he put the Dockers ahead. Craddock dithered with a clearance and Eldridge caught him out and the Hastings custodian brought him down. After waiting for the goalkeeper to be shown the yellow card, Eldridge kept his cool to convert from the spot.

Callum Barlow rose to meet a corner as Hastings looked to restore parity but headed over before there was a lengthy break in play for a nasty looking injury to Ollie Jeffreys.

Having used all their substitutes, Hastings search for an equaliser left them susceptible to the break. A quick counter-attack was halted when Eldridge had strayed offside. Eldridge was again in the thick of it when he turned back but was unable to beat Craddock with a flick. 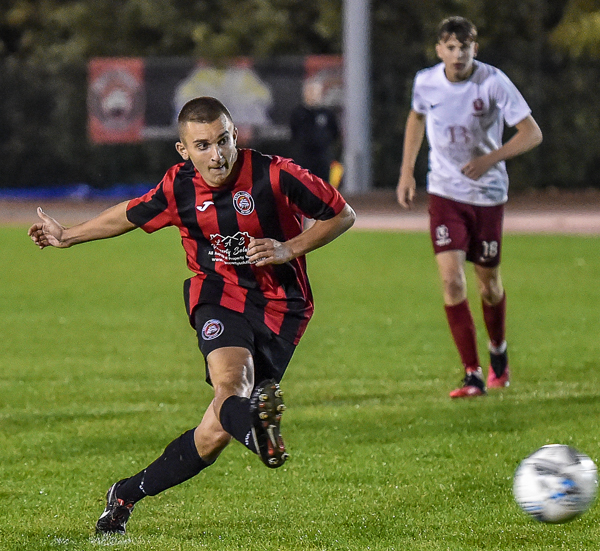 This report first appeared in the Kent Sports News on Thursday, September 24th, 2020