A young and energetic Brentford B team won their way to the final of the London Senior Cup with victory over Erith Town which was the last ever senior football match at Griffin Park. 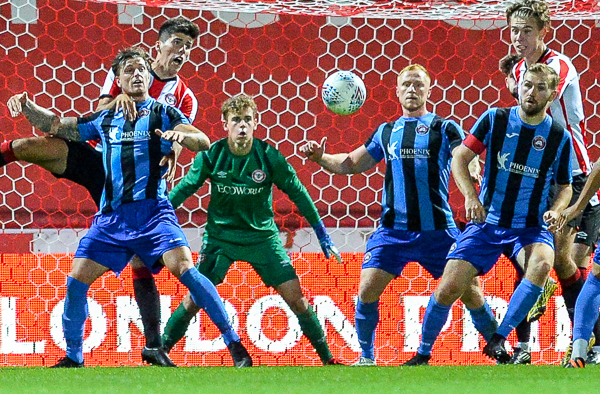 Although the hosts deserved to progress to the final, the Dockers certainly played their part in an entertaining game that would have been enjoyed by many had it not been had to be played behind closed doors.

Danny Gannon had a chance to shock the Bees in the first minute when he cut in from the right and fired powerfully at goal but his drive was too straight and the goalkeeper was able to claim.

Any hopes that Erith had of frustrating the hosts was dashed two minutes later when Brentford went ahead. A shot by a trialist was tipped onto the woodwork brilliantly by Lewis Collier but it came back out to the midfielder who made no mistake in firing home the rebound. 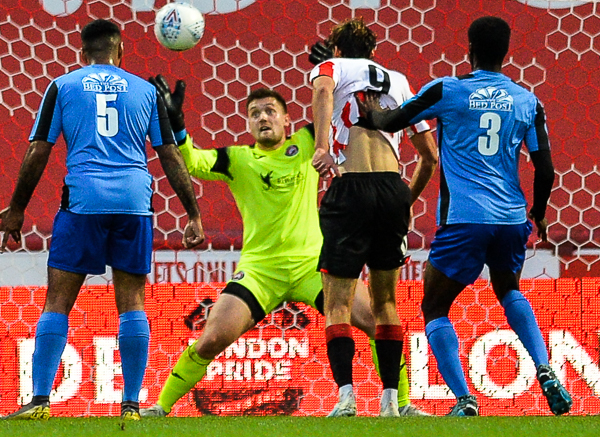 Joe Adams then whipped one across the face of goal but the angle was too tight for Gustav Mogensen to find the net before Erith created another half chance. Steadman Callender burst down the wing and crossed low but Gannon was crowded out and was unable to turn it in.

Collier made another good save from the trialist before the midfielder turned provider when crossing for Aaron Pressley to finish from close range. Pressley then hit the outside of the post from a tight angle before Gannon drew a good low save out of the Brentford goalkeeper.

Twenty-two minutes were on the clock when Erith were gifted a way back into the game. A deep cross shouldn’t have caused too many problems but the goalkeeper and Ben Hockenhull failed to communicate and the centre-back’s header looped back into his own net.

Joe Bingham then had a half chance for the Dockers when a corner was half cleared but it bounced up awkwardly and he was unable to hit the target with his shot from twenty-five yards.

Each side had a half chance before the midfield trialist scored another fine goal to extend Brentford’s lead.

At the break, Erith made two changes but sadly, Alfie Eldridge’s appearance only lasted for eight minutes as he went down with a bad injury that might sideline him for a long spell. 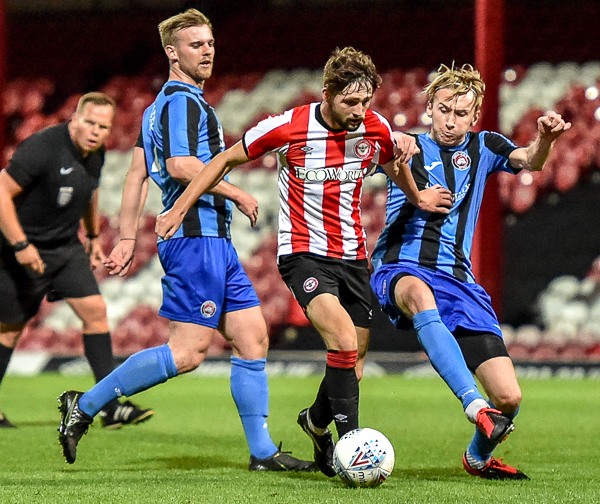 Brentford went further ahead soon after when a swift sweeping move ended with a good finish by the excellent Mogensen. However, the arrears were reduced three minutes later when Dan Nash sent in a deep cross and Taylor McDonagh rose ahead of the goalkeeper to head home. Mogensen then scored the goal of the game with a superb finish chipping over Collier to score via the far post.

Erith had another half chance when Jake Lovell crossed but Callender couldn’t find the target before Mogensen completed his hat-trick. Collier made an excellent save from Adams but it fell kindly for Mogensen to slot home.

The honour of the last ever goal at Griffin Park went to Erith Town and Callender. A long ball forward by McDonagh was controlled by a superb first touch followed by an exquisite lob over the substitute goalkeeper, Simon Andersson. 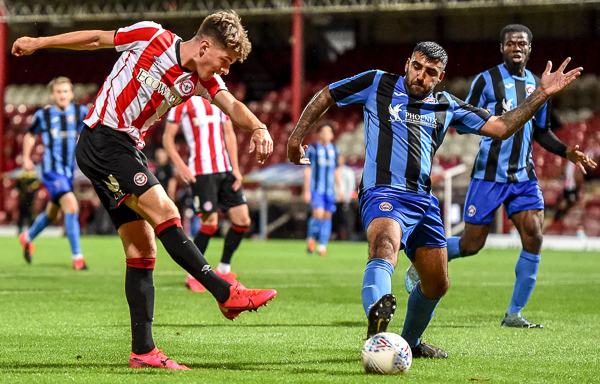 Callender deserved it for an earlier incident when Brentford created a five on two breakaway and the Erith striker hared back to help out his defenders. However, he should also feel indebted to Collier who made two brilliant saves in the remaining time, the second one deep into injury time.

If you’re up for it, you can watch the whole match live on Brentford’s YouTube channel. 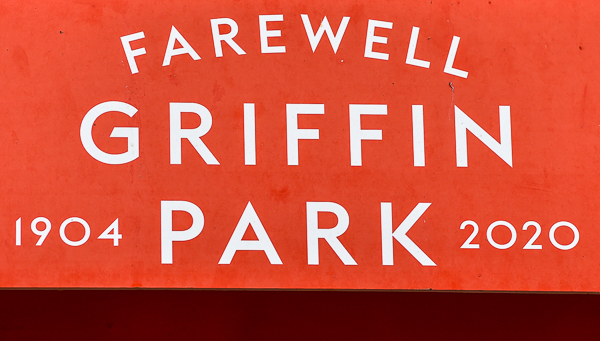 This report first appeared in the Kent Sports News on Thursday, August 27th, 2020