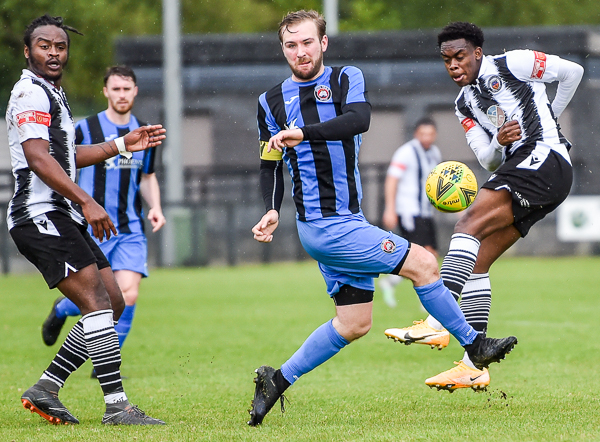 Having levelled three minutes from time, the Dockers looked like taking the game to penalties until Taylor McDonagh could only turn Dontai Stewart’s free kick past his own goalkeeper. It was tough on McDonagh and his defensive colleagues who had repelled nearly everything thrown at them.

Chances were at a premium in the early stages Mark Waters had the first goal attempt for hosts Tooting and Mitcham United with a long shot saved easily by Nic Taylor before Danny Williams looked to have created an opening but was thwarted by a great block by Thomas Ash.

Jack White sent a raking pass out wide to Sam Fairweather-Oates and he put in a dangerous cross but Meshac Ogazi was unable to get enough on it to trouble Gary Ross. 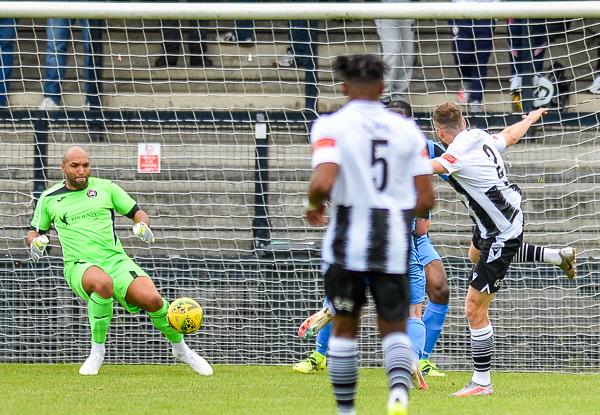 Twenty seven minutes had gone when the hosts broke the deadlock. Billy Brown burst down the left wing and pulled it back. Although it evaded the players at the near post, Tom Jelly arrived late and gave Taylor no chance with a powerful drive.

Fred Obasa looked for an immediate response when cutting in but he could only shoot wide of the near post then at the other end, Waters was well off target with a wayward effort.

Ahkeem Belford got on the end of a Stewart corner but he could not garner the power needed and Taylor made an easy save and Dean Hamlin headed well over from a Jelly free kick. Emmanuel Oduguwa had a half chance for the Dockers when the hosts struggled to clear but he could only slice it wide before Waters headed the last chance of the half into the side netting. 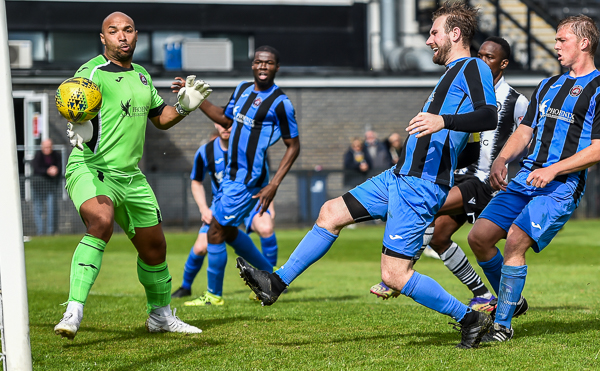 Early in the second period a Belford shot fizzed narrowly over then just shy of the hour mark Tooting were awarded a penalty when Noah Kelo was fouled in the penalty area. Jelly stepped up to take it but Taylor went the right way and made an excellent save.

Erith made a double change and Alfie Eldridge almost made an immediate impact when Tooting struggled to clear an Obasa cross but his first time effort went just wide.

Montserrat international goalkeeper Taylor then made an excellent save to keep out Williams who had burst through to create a one-on-one opportunity before the two Erith substitutes combined when Eldridge found Jude Jeffries but his chip went just over.

Williams had a shot deflected wide for the hosts before Osaba broke down the right hand side but the angle was against him and he shot into the side netting. Stewart fired a free kick just beyond the angle of post and bar but Erith shocked the Isthmian league side by levelling with three minutes remaining. A handball in the area resulted in a penalty for the Dockers and although Ross went the right way and got a strong hand on the shot, it had sufficient power and the goalkeeper could not keep it out. 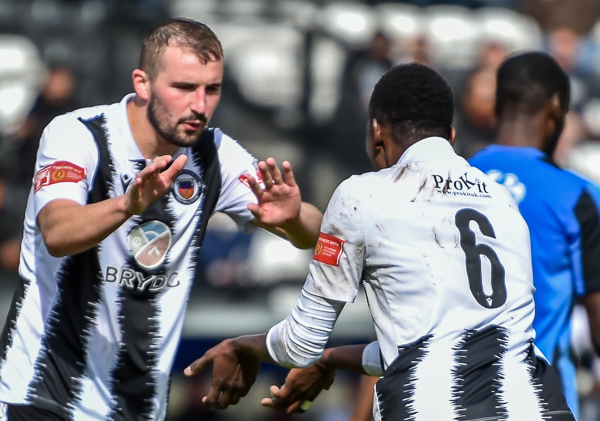 However, Erith’s joy was short lived and could not create another chance following McDonagh’s last minute own goal. Although disappointed to lose, the Dockers showed great potential for the future with an eighteen year old, three seventeen year olds and a sixteen year old on the pitch at the end, with another sixteen year old in the bench.

This report first appeared in the Kent Sports News on Saturday, May 22nd, 2020