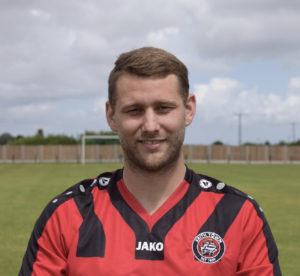 Erith Town is delighted to announce that Jim Day has been appointed as manager of the club’s new Under-23s side for the forthcoming 2020/21 season.

Jim was Club Captain for The Dockers, playing in midfield for two seasons between 2017-2019.

This is Jim’s first step into management, after playing for Welling Town in recent seasons.

The U23s side is a new addition to the club and will also help the progression of our new Post-16 Academy players.

The club now has a clear developmental pathway from the youth section to the first team.