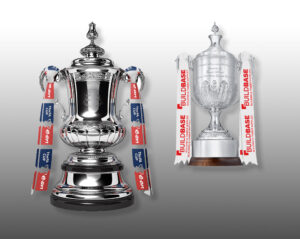 The Docker’s have announced their latest cup draws in two competitions.

First off, following the emphatic 4-0 FA Cup win over Pagham FC at the weekend, our next game in the FA Cup preliminary round is at home to Bedfont Sports who ply their trade in the Isthmian South Central League.

The match is due to be played on Saturday 20th August, kick-off is at 3:00pm

Also announced is the draw for the FA Vase First Round Qualifying which sees Erith Town drawn against  Loxwood FC of the Southern Combination Football League.

The match is due to be played on Saturday 27th August with kicking-off at 3:00pm and will be hosted at Corinthian FC’s Gay Dawn Farm ground at Valley Road, Longfield DA3 8LY.

Both matches should be absolute crackers, see you there!